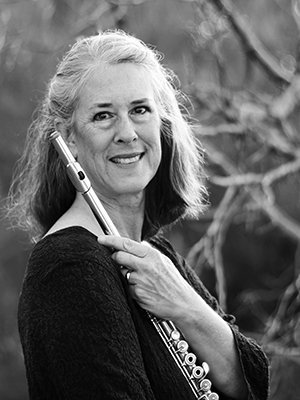 Born in Berkeley, California, Adrienne Inglis learned to play the flute and piano as a child. She received a Bachelor of Music degree in flute performance from Lewis and Clark College (1982) and a Master of Music degree from the University of Texas at Austin (1986). In 1992 she graduated with a Bachelor of Science degree in chemical engineering from UT Austin. An avid birder and environmentalist, she resides in Lago Vista, Texas, freelances, and teaches flute at Southwestern University and plays principal flute of the Central Texas Philharmonic. She performs, records, and tours with flute/harp ensemble, Chaski. As a founding member, she composes and sings with Inversion Ensemble. Frequently drawing on her Venezuelan, Ojibwe, and Scottish heritage, Inglis composes mainly choral and music chamber.