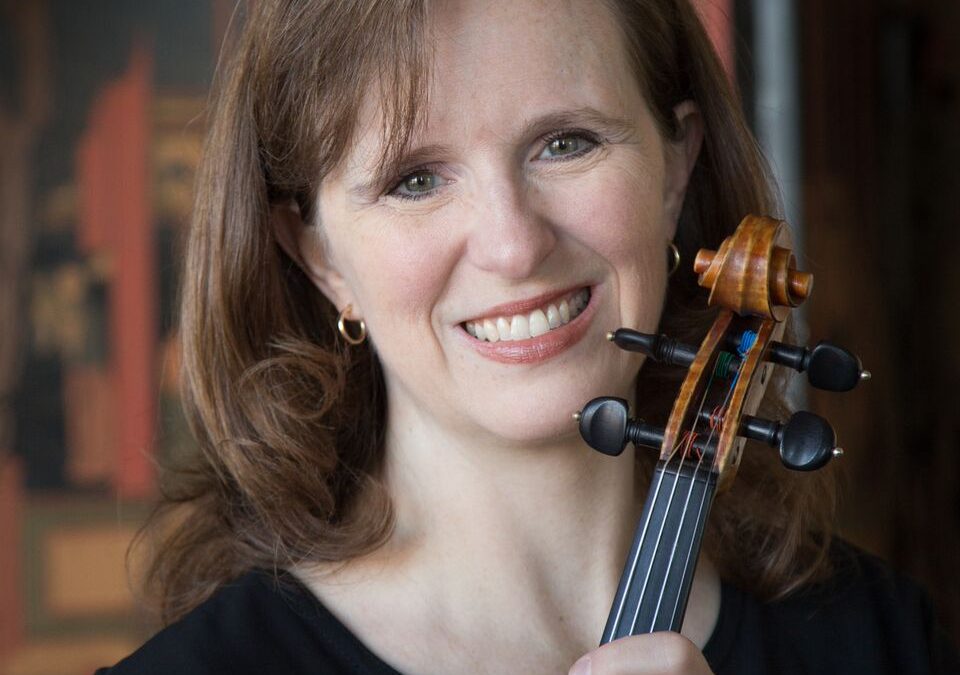 Violinist Corinne Stillwell entered The Juilliard School at the age of ten, where she subsequently spent 15 years.  A versatile musician, she is an active soloist and chamber musician, a dedicated teacher, and has spent more than 25 years as a concertmaster and orchestral leader. As a frequent recitalist, she has performed at Carnegie’s Weill Hall, Chicago’s Dame Myra Hess series, and in Germany, Canada, and across the United States. She has been featured more than 50 times as soloist with orchestras, including the New Jersey Symphony, the Nanjing Philharmonic in China, the Amarillo Symphony, the Greater Rochester Women’s Philharmonic, and on tour to Romania, Hungary, and Poland.

Ms. Stillwell is an avid chamber musician, and she has been featured on NPR’s Performance Today, was a founding member of Trio Solis, and has collaborated with clarinetist Richard Stoltzman, violinist Mikhail Kopelman, and members of the Ying and Carpe Diem quartets. She has also performed at Alice Tully Hall, the Chamber Music Society of Lincoln Center in New York City, Chamber Music Rochester, the Amarillo Chamber Music Society, Kosciuszko Foundation, and the American Festival of Microtonal Music.  Other festival appearances include the Saarburg (Germany) Festival, Aspen Music Festival, Norfolk and Skaneateles chamber music festivals, the Victoria Bach Festival, and Arizona Musicfest. As a member of the Harrington Quartet, she performed extensively across the Midwest, from Texas to Wisconsin. Other projects with the quartet included a PBS documentary, TV and radio broadcasts, and collaborations with clarinetist David Shifrin, pianist Robert Levin, guitarist Pepé Romero, and members of the Pro Arte and Cavani quartets. Her coaches have included members of the Juilliard, Cleveland, Amadeus, and Vermeer quartets.

Known for her community engagement activities, Ms. Stillwell is Co-Artistic Director of Music For Food Tallahassee, a musician-led initiative to fight hunger and further social justice. In 2018, she launched Building Bridges, a multi-year project featuring performances of the complete cycle of Beethoven String Quartets in collaboration with aspiring young musicians. She has also taught several courses on the Beethoven quartets for the Osher Lifelong Learning Institute. Dedicated to passing on a commitment to community, her students regularly perform for such initiatives as Classical Revolution Tallahassee and Bach in the Subways. She also serves as the coach and advisor for Sinfonia Gulf Coast’s Quartet-in-Residence.