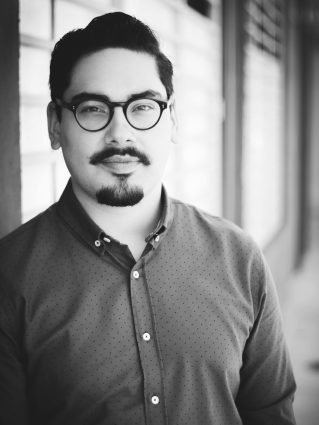 David Morales is an active performer throughout Southern California and is currently singing with professional groups such as Tonality, Bach Collegium San Diego, and Pacific Chorale. As a versatile vocalist, David has lent his voice for a variety of musical engagements which include, serving as a tenor soloist in Whittier’s 81st Bach Festival, performing as a background singer for Moira Smiley’s album release party, and recording for his first major movie soundtrack, Space Jam. He regularly performs in various early music ensembles and performances in the Los Angeles area. These engagements include being the tenor soloist for Haydn’s Missa in tempore belli with the Long Beach Chorale and Chamber Orchestra and performing in Early Music America’s 2020 Emerging Artist Showcase at the Berkeley Early Music Festival with L.A. Camerata Baroque. He also recently joined the auxiliary list for the Grammy-award winning Los Angeles Master Chorale. David Morales graduated from Bob Cole Conservatory of Music at CSULB, and holds a B.M. in Vocal Performance and a B.M. in Music Education as well as a M.A. in Early Music Performance from the University of Southern California. In addition to performing, he also teaches a full studio of private music students in areas between Bellflower and Redondo Beach, CA.https://www.davidfmorales.com​