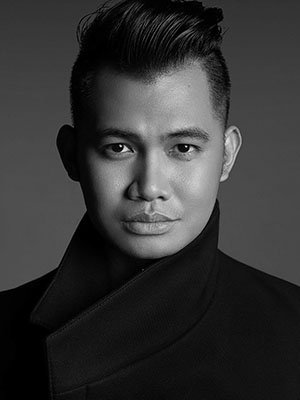 Praised by the New York Times as having a “beautiful sound”, Filipino-American bass-baritone Enrico Lagasca performs oratorio, opera, chamber music, and recitals with repertoire from early to contemporary music both as soloist and chorister across the United States and internationally.

Enrico’s solo concert work has included Beethoven Symphony no. 9, Handel Messiah, Haydn The Creation, Mendelssohn Die Erste Walpurgisnacht, Bach Mass in B Minor, Haydn Lord Nelson Mass, Mozart Requiem, Rossini Petite Messe Solennelle & Stabat Mater, Handel Dixit Dominus, and many others. Enrico has performed a handful of Operatic roles, including the US premiere of Jonathan Dove’s Monster in the Maze as Daedalus and Gerald Cohen’s World Premiere of Steal a Pencil For Me as one of the Prison Guards, as L’arbre/Fauteuil in Ravel’s L’Enfant et les Sortilèges, Collatinus in Britten’s Rape of Lucretia, and Lorenzo in Bellini’s I Capuleti e I Montecchi. In song recital, Enrico’s repertoire include Strauss, Schubert, Schumann, Mahler, Rachmaninoff, Brahms, Muhly, Heggie, and many others.

He was a finalist in the Das Lied International Song Competition in Berlin, Germany, in 2013 and in the 24th International Vocal Arts Competition Le Centre Lyrique in Clermont-Ferrand, France, in 2015. In 2019, he was a participant in Renee Fleming’s inaugural Song Studio at Carnegie Hall.

Enrico studied at the University of the Philippines with Cecilia Valeña and at Mannes College of Music with Arthur Levy. He currently resides in Hudson Heights, New York. Proud member of the American Guild of Musical Artists.