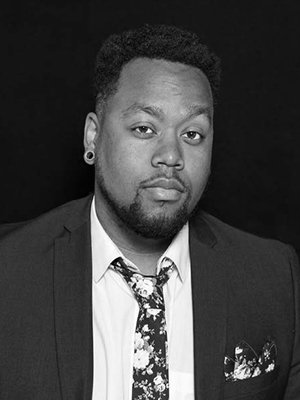 Gregory is a versatile, award-winning artist thriving in the greater Los Angeles area. As a vocalist originally from California’s Inland Empire, he has become a multifaceted musician, obtaining session work in various musical genres including R&B, jazz, gospel, pop, classical, musical theater, and folk. Gregory has been trained at the prestigious Bob Cole Conservatory of Music at California State University Long Beach, in the areas of jazz and classical voice, and has received numerous accolades during his studies, including a full-tuition Jenkins Scholarship, two Monterey Next Generation Jazz Festival soloist awards, and the chance to perform around the world, spanning from the Monterey Jazz Festival, multiple ACDA and JEN conventions, The Hollywood Bowl, The Grammys, Lincoln Center and Carnegie Hall, to venues in Europe including St. Paul’s Cathedral in London and the Eisteddfod competition in Llangollen, Wales. He has performed alongside world-renowned artists including The New York Voices, M-Pact, Kurt Elling, as well as R&B artist Ledisi and American Soul band Frankie Beverly and Maze. Gregory currently works as a private voice and piano instructor, instructor at the Orange County School of the Arts, studio musician on movies including Bad Boys III and Just Mercy, lead vocalist of R&B band MiloBloom, and writes for several Warner Music Group artists. He has had the opportunity to serve as a guest artist, educator, adjudicator, and clinician at numerous Heritage Festivals,
SCVA Festivals, the Fullerton Jazz Festival, as well as the Monterey Next Generation Summer Jazz Camp. During his diverse and abundant experiences as a performer and educator, Gregory has maintained his innate passion for music and its effect on the world, all while gaining tools and knowledge that have aided him in giving back to the community and furthering the boundaries of music. While every moment is unique during his performances, his ultimate goal is to have a lasting personal experience with each individual in the audience, all built off of one glance and a few notes.