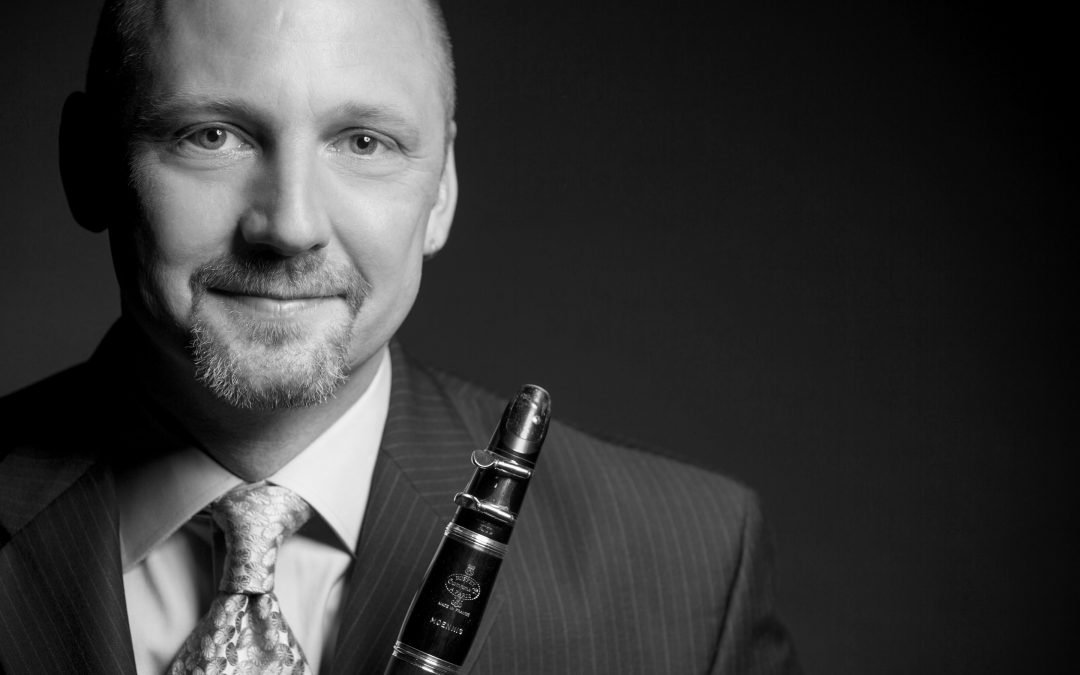 Mr. Gunn has participated in numerous music festivals including Tanglewood, Aspen, Bard, and St. Bart’s and is the Principal Clarinetist of the Sunflower and Buzzard’s Bay Music Festivals. As a soloist, he has appeared with the Cincinnati Pops Orchestra, the Wheeling Symphony and the Fort Wayne Philharmonic as well as Sunflower and Buzzard’s Bay. Mr. Gunn was featured at the International Clarinet Association’s ClarinetFest performing the Copland Clarinet Concerto and has performed internationally as soloist and recitalist including recent performances in Thailand, Taiwan and Canada.

Committed to the education of the next generation of clarinetists, Mr. Gunn gives masterclasses and recitals around the world, and has served on the faculties of the Buffet-Crampon Summer Academy, the Aria International Summer Academy, the National Youth Orchestra of the USA and Round Top Music Festival. Currently, Mr. Gunn serves as the Associate Professor of Clarinet at the Butler School of Music at The University of Texas at Austin. Prior to joining the faculty at The University of Texas, he served on the faculty at the University of Cincinnati College-Conservatory of Music.

Mr. Gunn can be heard on countless Cincinnati Symphony and Cincinnati Pops recordings on the Telarc and Fanfare Cincinnati labels. He can also be heard on Ablaze records and his debut solo album of French clarinet repertoire with pianist, Anton Nel on Centaur Records. Upcoming releases include the Corigliano Clarinet Concerto with the University of Texas Wind Ensemble on the Reference Recordings label.