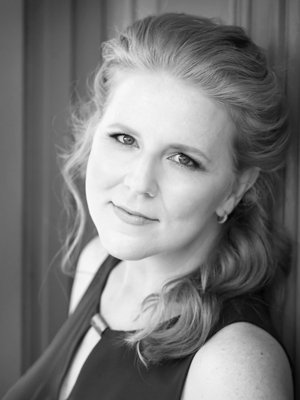 Known for her “powerful, crystal-clear voice,” Kathlene Ritch has sung with such noted ensembles as the New York Philharmonic, London Sinfonietta, and the Vienna Philharmonic. She made her solo debut at Lincoln Center with the American Symphony Orchestra in Listz’s Dante’s Inferno. With that same ensemble, she recorded a live concert version of Die ägyptische Helena as Hermione opposite Deborah Voigt’s Helen. Kathlene’s true passion, musical theater, has been a lifelong pursuit. Two of her career highlights were performing Sweeney Todd at Lincoln Center, and Carousel at Carnegie Hall. Kathlene lives in Santa Fe where she teaches music and voice at the New Mexico School for the Arts, accompanies the Santa Fe High School choirs, directs the children’s choir and cantors at the Church of the Holy Faith, and is the Music Director for Tri M Productions, a non-profit organization with the mission to give local ‘Millennials’ opportunities to perform musicals at a professional level. She still loves to sing with the Grammy-winning ensemble, Conspirare, as well as the Santa Fe Desert Chorale. When she isn’t singing or playing the piano, Kathlene is also an on-air announcer for Classical 95.5 KHFM Santa Fe/Albuquerque, for which she has won a “Golden Mike” award from the New Mexico Broadcasters Association.