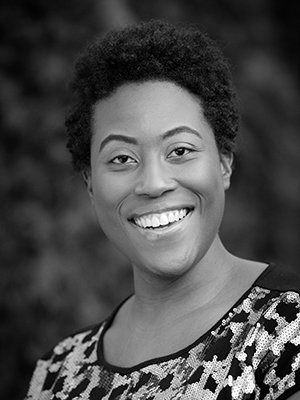 An aptitude for mathematics competed for Lianna Wimberly Williams’s educational focus before following her calling for vocal performance and education.  Raised in a family of singers and musicians, Lianna sang her first public solo to her church home congregation at age four.  Her early exposure to a broad range of vocal styles led to an advanced musicality level, thus qualifying her experience with an academic understanding and appreciation of music theory, history, and technique.

Lianna earned a bachelor’s degree in Performance from Clayton State University (Morrow, GA), a master’s degree in Vocal Pedagogy from The Ohio State University (Columbus, OH), and is currently pursuing a Doctor of Musical Arts from the University of Georgia (Athens, GA). While her doctoral studies hold much of her focus, Lianna’s passion for choral singing and solo concert repertoire maintains their prominence in her schedule. She is a vocal artist of the Sphinx Organization vocal ensemble, Exigence, and has recently joined the musical excellence of Conspirare. Lianna’s repertoire of concert works includes Beethoven’s Mass in C; Vivaldi’s Gloria; Hasse’s Salve Regina; Handel’s Messiah; Duruflé’s Requiem mass; Mozart Requiem mass.