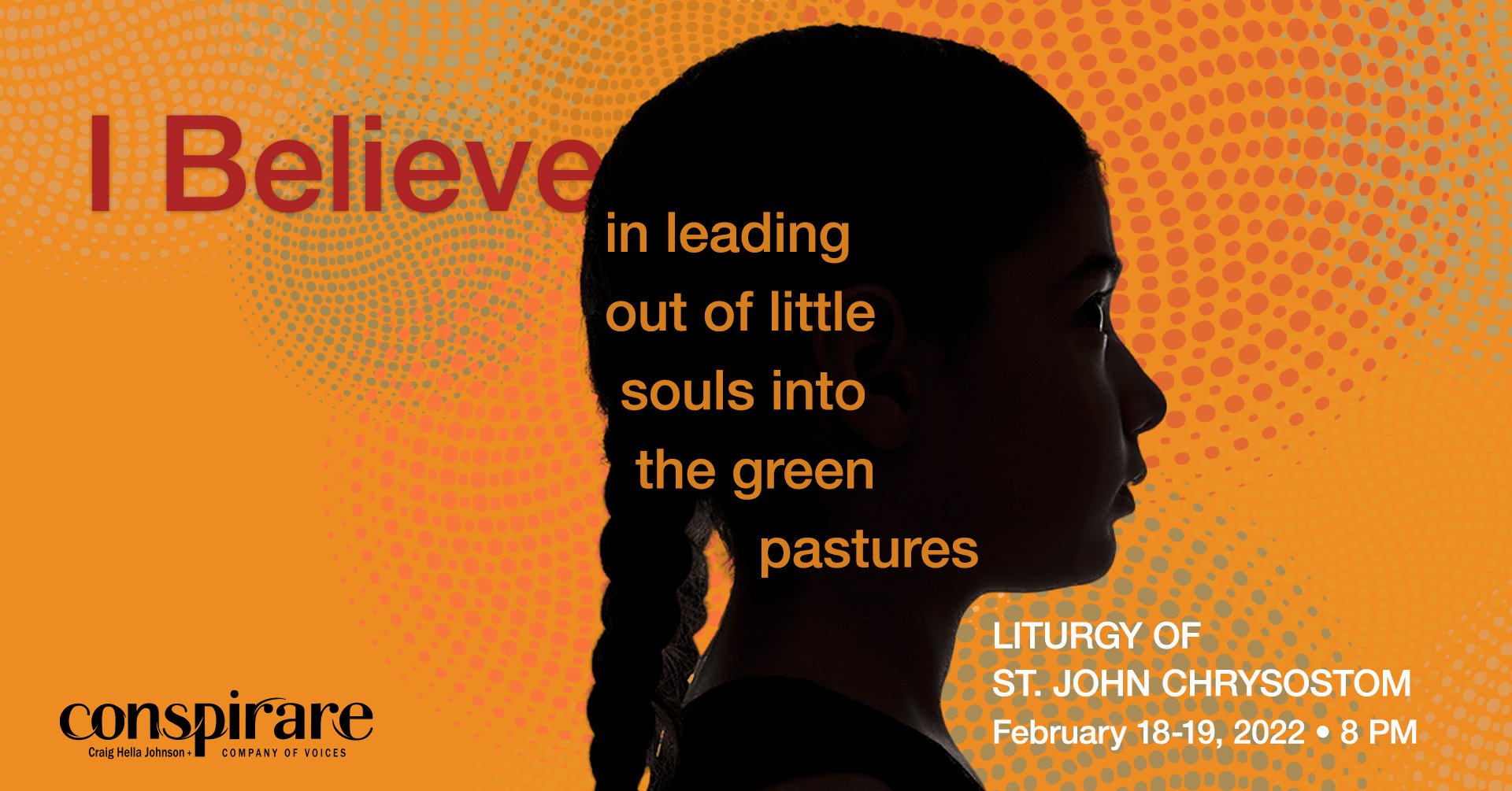 We invite you to consider a contribution to help us engage the power of music to change lives. Your investment provides the gift of Conspirare’s music to everyone and keeps our nationwide roster of artists employed.

Benedict Sheehan’s Liturgy of St. John Chrysostom grows out of the tradition of the great Russian liturgy settings by Rachmaninoff, Gretchaninov, and Tchaikovsky. Conspirare presents the southwest premiere, including the world premiere of new Credo movement with text of W. E. B. Du Bois, commissioned for this concert. Performed in English.

Benedict Sheehan’s Liturgy of St. John Chrysostom grows out of the tradition of the great Russian liturgy settings by Rachmaninoff, Gretchaninov, and Tchaikovsky. Conspirare presents the southwest premiere, including the world premiere of new Credo movement with text of W. E. B. Du Bois, commissioned for this concert. Performed in English.

“The music Sheehan has created for this Liturgy is of extraordinary beauty, depth of feeling, and spiritual exaltation. Although it sometimes rises to the heights of ecstasy, the predominant mood, conveyed by beautiful, gently undulating melodic lines, is one of serenity and contemplation, permeated by a sense of awe and otherworldly mystery. As one would expect from his background and experience, Sheehan’s handling of choral writing is expert, but it is also inspired.”

Please join us for a talkback with composer Benedict Sheehan, Craig Hella Johnson and artists following the Friday performance.

**The Saturday night performance will be livestreamed.** 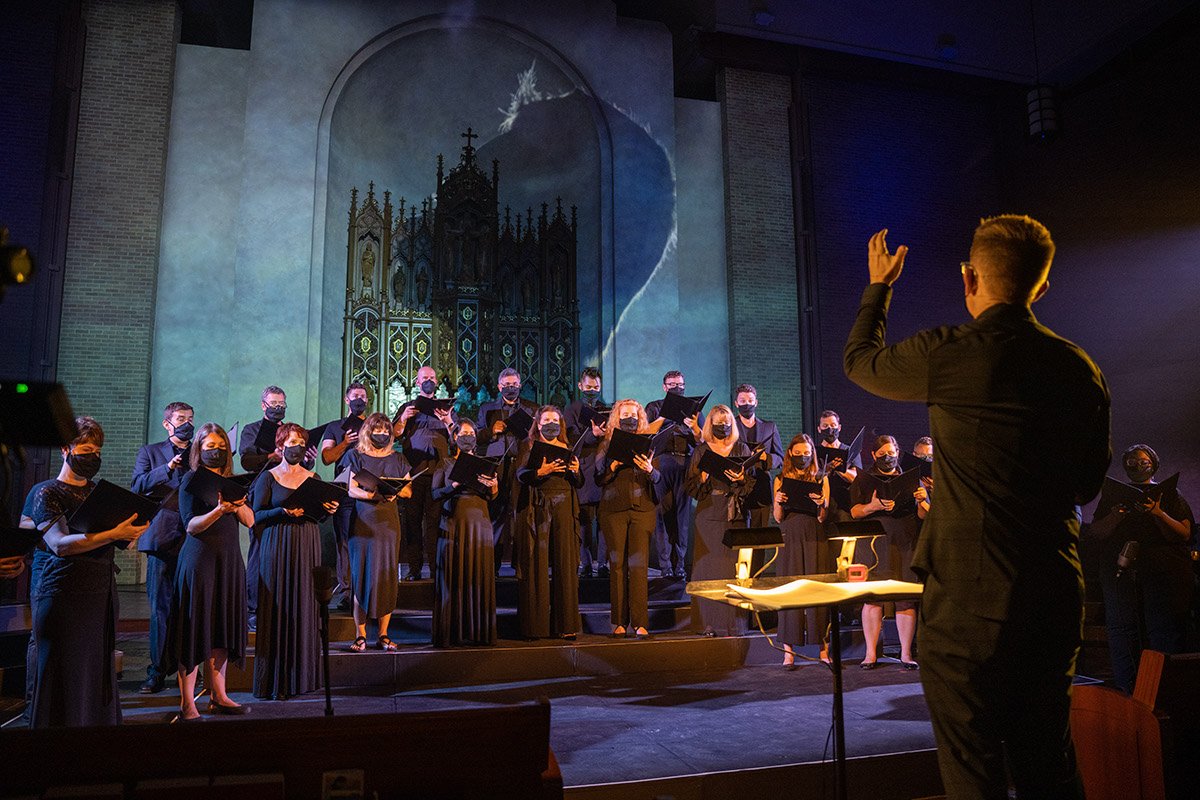 Listen to Conspirare’s Grammy-winning recording of music from the tradition of St. John Liturgy on Spotify and Apple Music.

Go behind the music and learn more about composer Benedict Sheehan with these resources.

Q & A with Composer Benedict Sheehan

WEB DuBois’ Credo proclaimed his philosophy of racial equality and is set the text for the Credo movement of the Liturgy.  View the original publication and read W. E. B. Du Bois papers. 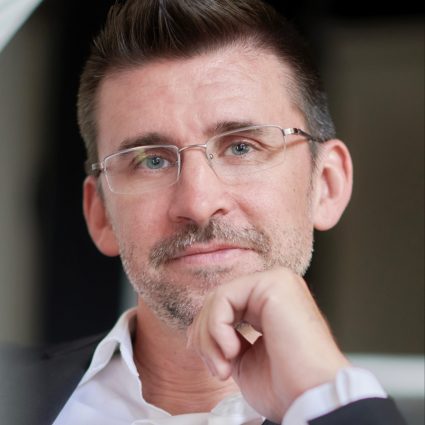 GRAMMY®-nominated conductor and composer Benedict Sheehan has been called “a choral conductor and composer to watch in the 21st century” (Linda Holt, ConcertoNet) and “one of the most important voices in American Orthodox choral music” (Choral Journal). He is Artistic Director of the Saint Tikhon Choir and Artefact Ensemble, as well as Director of Music at St. Tikhon’s Monastery and Seminary in Pennsylvania. His Liturgy of St. John Chrysostom (Cappella Records, 2020), on which he conducts the Saint Tikhon Choir, received a 2022 GRAMMY® nomination for Best Choral Performance, the 2021 American Prize in Choral Conducting (2nd Place) and Choral Composition (Best Use of Traditional Elements), and has garnered critical acclaim as “simply beyond praise for excellence” (Fanfare), “radiant…superb…a masterstroke” (MusicWeb International), “fresh and vibrant” (Audiophile Audition), “inventive, moving, and extravagantly beautiful” (The American Organist), and “a new standard for excellence in the American choral landscape” (The Living Church Magazine). In 2021 Sheehan recorded his Vespers with the Saint Tikhon Choir, and early reviews have called it “a masterpiece…a tapestry of sound that is nothing short of transcendent” (ConcertoNet), “marvelous” (AllMusic), and “rich and beautifully shaped…choral singing at its most exquisite” (HRAudio). His innovative choral “story score” was featured on Skylark Vocal Ensemble’s GRAMMY®-nominated album Once Upon A Time (2021), and hailed as “evocative” (Gramophone), “extraordinary” (Limelight), “brilliant” (MetroWest Daily News), and “otherworldly” (Boston Musical Intelligencer), and his most recent collaboration with Skylark, A Christmas Carol, was released in November of 2021 and named the “#1 Top Pick of 2021 in Classical & Opera” by Textura. The 2021-22 concert season will feature performances of Sheehan’s music, including several newly-commissioned works, by Conspirare, Cappella Romana, Skylark, the Houston Chamber Choir, Artefact Ensemble, the Saint Tikhon Choir, the Schola Corvorum of Benedictine College, and the Portland State Chamber Choir at the World Choir Expo in Lisbon, Portugal. In the fall of 2021 Sheehan conducted Artefact Ensemble in the world premiere of Arvo Pärt’s latest work, O Holy Father Nicholas, at the Metropolitan Museum of Art in New York. His music is published by Oxford University Press, Artefact Publications, Musica Russica, and others. He lives and works in Pennsylvania with his wife, vocalist and music educator Talia Maria Sheehan, and together they have seven daughters ranging in age from five to twenty-one. He writes his music in a tiny office that he calls his “cupboard under the stairs,” where he is currently working on (among other things) an oratorio for chorus, narrator, and chamber orchestra called Akathist in collaboration with fantasy novelist Nicholas Kotar. Learn more at www.benedictsheehanmusic.com 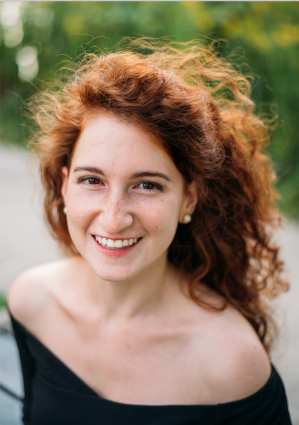 Camilla Tassi is a projection designer from Florence, Italy. Coming from formal backgrounds in computer science and music, she has worked as a designer, singer, producer, and translator. She has created projections for works including Monteverdi’s L’Orfeo (Apollo’s Fire), Pollock’s Stinney (PROTOTYPE Festival NYC), Stravinsky’s Le Rossignol (Yale Opera), Glass’ Fall of the House of Usher (MASS MoCA), Tesori’s Fun Home (Yale School of Drama), Carissimi’s Jephte (Hopkins Center for the Arts) and Mozart’s Magic Flute (Berlin Opera Academy). Tassi is particularly passionate about bringing theatrical design to traditionally unstaged compositions (choral, art song, chamber, oratorio) as a re-contextualization of the work and layer of accessibility to the music and its relation to the performance space. As a video designer, Tassi has filmed and produced for groups including the Washington Chorus, Les Délices, Yale Cabaret, Princeton Festival, Nasty Women Connecticut, and the Chicago Ear Taxi Festival.

She has directed and produced performances of period and contemporary works, including a joint theater and opera project of Tennessee Williams and Larry Delinger’s Talk to Me Like the Rain and the US Premiere of Morricone’s Se questo e` un uomo. As an Italian coach and soprano, she has created program translations for Carnegie Hall (L’Arpeggiata) and sings with the Yale Schola Cantorum. Tassi holds degrees in Computer Science and Music from the University of Notre Dame, Digital Musics from Dartmouth, and is currently an MFA Candidate at Yale in Projection Design under Wendall Harrington. http://camillatassi.com 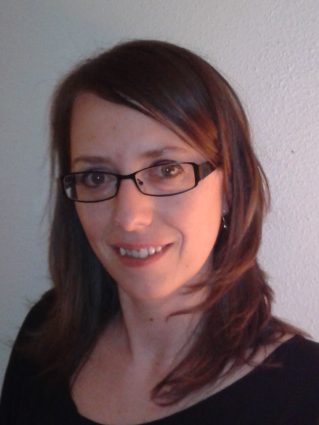 Viera Buzgova’s experience in the world of music is multi-faceted: she studied piano for 12 years, received her Bachelor’s degree in church music, sings in choir and plays percussion, and is experienced in many aspects of choral music production. Her lighting design and theatrical production career began in 1998 while working as a Technical Director with Concordia University at Austin theater program. During her 10-year tenure there, she directed lighting design, set design and construction, and stage crew management. Since 2012, she has been a member of Grammy-winning Conspirare’s production team, serving as stage manager and lighting designer for local and touring concerts including the national Considering Matthew Shepard tour. Outside of her production life, Viera is an owner and managing partner of an Austin-based immigration law firm.