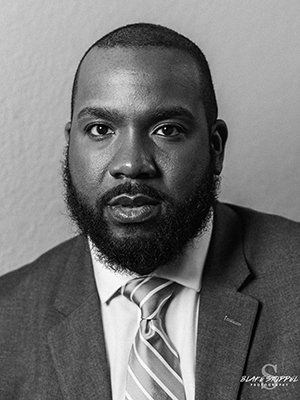 American bass-baritone and conductor Marques Jerrell Ruff has performed across the globe, including at the Walt Disney Hall in Los Angeles, California, the Weiner Musikverein in Vienna, Austria, the Rudolfinum in Prague, Czech Republic, and the Mariinksy Theater in St. Petersburg, Russia. A former member of the Grammy® award-winning ensemble, Chanticleer, Mr. Ruff has traveled to dozens of countries concertizing with the ensemble and has given numerous vocal and conducting masterclasses worldwide. He has distinguished himself as a versatile, dynamic performer who excels in oratorio, musical theater, music of the African American experience, as well as choral conducting. The Hartford Courant marveled, “Ruff has a voice that has power, clarity and brilliant shades of color.” Following an international debut at the National Concert Hall in Dublin, Ireland, GoldenPlec Music Magazine wrote, “Ruff steps out front, his voice powerful, acrobatic, and full of soul.” Marques Jerrell Ruff has been the featured soloist on several recordings, including a world premiere by famed American composer, Nico Muhly, entitled ‘Three Moon Songs.’ In addition to a 2010 recording of the song cycle, ‘Guided Imagery,’ composed by Sergeant First Class Daniel J. Campolieta, Marques also appears on the album ‘Sure on this Shining Night’ with Morten Lauridsen. As a conductor, Mr. Ruff has conducted across the country, most recently he conducted the Missouri Choral Artists in a wildly successful concert program entitled “Made in America: A Choral Tapestry.” He has also conducted regional honor choirs including the Parkway All-District Honor Choir in St. Louis, MO. He has worked with several distinguished conductors including Willie Anthony Waters, Joshua Habermann, James Bass, Simon Carrington, and Ramin Djawadi. During the 2021-2022 season, Mr. Ruff will appear in concert with several ensembles, including the Santa Fe Desert Chorale, CONSPIRARE, and Vocal Arts Ensemble. He will also make his debut with the Urbana-Champaign Symphony, conducted by Andrew Megill, in Michael Tippett’s A Child of Our Time. A graduate of Central Connecticut State University, Mr. Ruff was the recipient of the University Singers Scholarship under the direction of Dr. Pamela J. Perry. He also holds dual Master of Music degrees in Choral Conducting and Voice Performance from the University of Missouri-Columbia. Recently, he held the position of Interim Director of Choral Activities at Tennessee State University, Tennessee’s land-grant institution and also one of the 105 Historical Black Colleges & Universities in America. Mr. Ruff is currently pursuing his PhD in Music Education with an emphasis in Choral Conducting from Florida State University. He is a proud member of the American Choral Directors Association, Phi Mu Alpha Sinfonia Fraternity of America, and Alpha Phi Alpha Fraternity, Incorporated. He can be found on all social media @marquesjruff