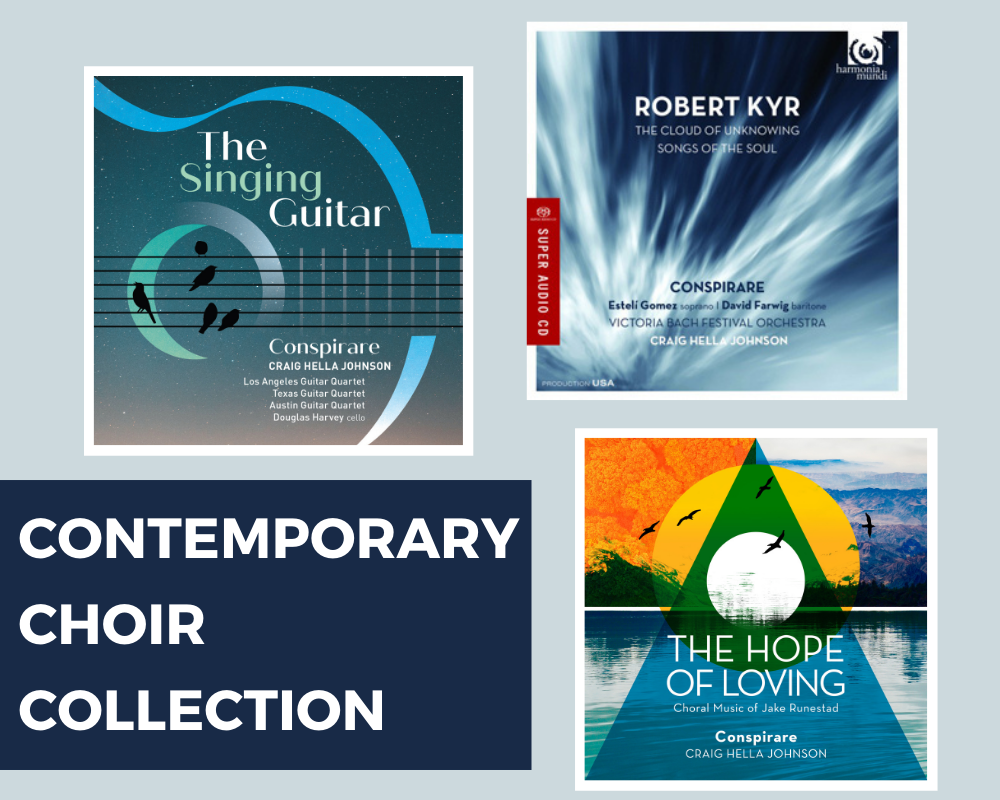 Read more about the individual albums below.

Read more about The Singing Guitar

“The singing of Craig Hella Johnson’s ensemble Conspirare combined with the delicacy of shifting textures of twelve guitars is intriguing and emotionally effective. … I found this a really moving setting for an unusual ensemble. You’ll find it alongside other new pieces for choir and guitar quartet.” – Andrew McGregor, BBC Record Review

“Johnson and Conspirare continue to create indelible work, as in “The Singing Guitar,” which pairs Conspirare’s sublime voices with guitar accompaniment. The melismatic chant of Reena Esmail’s “When the Guitar,” the poignant tone painting of Nicol Muhly’s “How Little You Are,” and the storytelling character of Kile Smith’s “The Dawn’s Early Light” illuminate Conspirare’s versatility and singular sound.” – Howard Reich, Chicago Tribune

Read more about The Hope of Loving

“Runestad…has a particular knack for marrying powerful music to texts that speak to some of the most pressing and moving issues of our time.” -Star Tribune

“A powerful new achievement in American music that vividly traces a journey from despair to transcendence.” — The Wall Street Journal, concert review

PART I: SONGS OF NIGHT