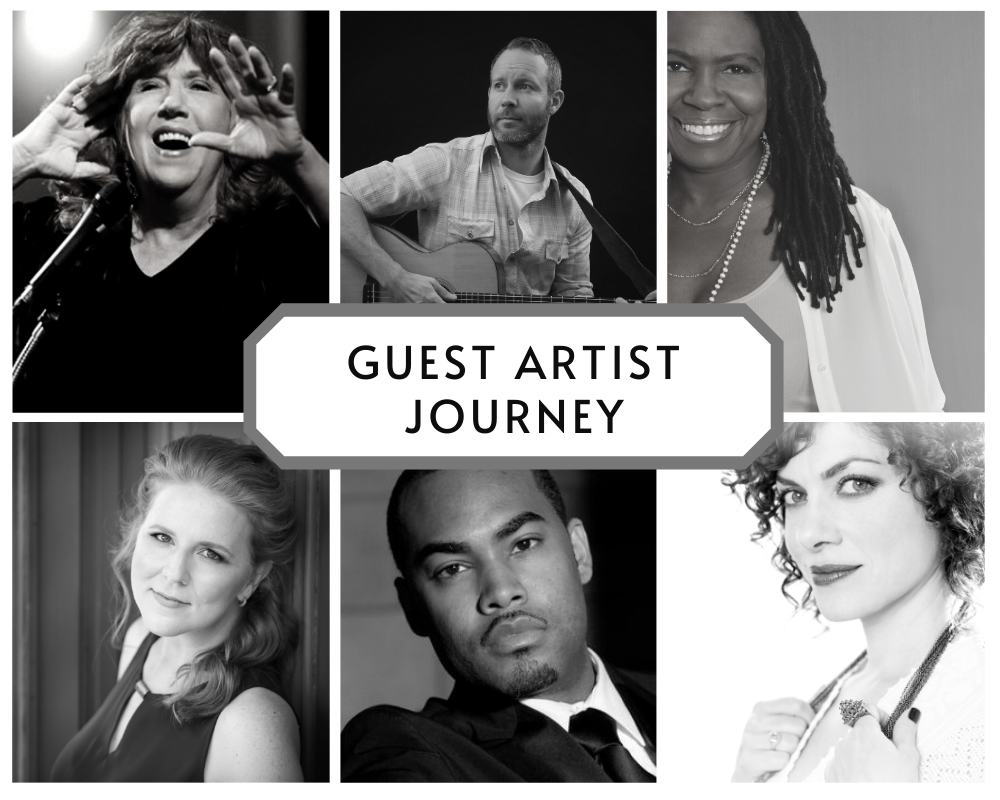 Read more about the Guest Artists and individual albums below.

Carrie Rodriguez, a singer-songwriter from Austin, Texas, finds beauty in the cross-pollination of diverse traditions. A passionate performer, she effortlessly melds fiery fiddle playing, electrifying vocals and a fresh interpretation of new and classic songs with an “Ameri-Chicana” attitude. Her newest project, the Spanish/English album  Lola, was counted among NPR’s top 50 Albums of 2016 and hailed by NPR Music’s Felix Contreras as the “perfect bicultural album”.

Carrie began playing violin at age five. Her training quickly became the passion and focus of her childhood, and by age 10, she had performed as a member of Austin’s own Texas Suzuki Tour Group at Carnegie Hall. She continued the classical track in her first year at Oberlin Conservatory, then shifted gears to pursue her true love affair with the fiddle—staying true to her Texas roots—at the Berklee College of Music.

Early in her career, a collaboration with singer-songwriter Chip Taylor resulted in four highly acclaimed duet albums. Her subsequent solo albums highlight the diversity of her musical identity, from her debut “Seven Angels on a Bicycle” to 2013’s “Give Me All You Got,” which reached no. 1 on the Americana Music Charts.

Carrie has performed and/or recorded with legendary artists such as Lucinda Williams, Patty Griffin, John Prine, Bill Frisell, Rickie Lee Jones, Los Lobos, Alejandro Escovedo and Los Lonely Boys, among others. She has made numerous television and radio appearances, including Austin City Limits, The Tonight Show, and A Prairie Home Companion. She has been profiled in many publications, including Rolling Stone, The New York Times, The Times of London, The New Yorker, the Washington Post, and many more.

Carrie lives in Austin with her partner and musical collaborator Luke Jacobs, a multi-instrumentalist/singer-songwriter from Minnesota, and their son, Cruz Calvin Jacobs. 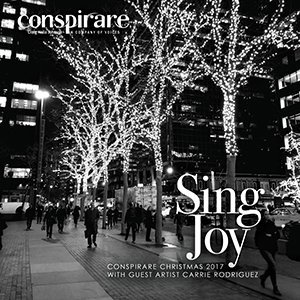 Recorded live December 2017 at The Carillon on Exposition, Austin, TX

Portland-based, two-time Grammy® award-winning singer/songwriter, Matt Alber is thrilled to join Conspirare for Christmas this season.  He is fresh off a nationwide tour with Craig Hella Johnson performing the role of Matthew in Considering Matthew Shepard and sharing his story with over 3,000 students in cities across the nation along the way. Matt also appears on the PBS/KLRU broadcast production of Considering Matthew Shepard recorded at Austin’s Moody Theater currently airing nationwide. Matt’s songs have been featured on the ABC television series The Fosters and Bones and he has released five studio albums. His most recent is a Big Band tribute to Mel Tormé entitled How High The Moon, benefitting the El Sistema youth music program. He also appears on several Conspirare albums including Beautiful City, Singing Heart, and Something Beautiful.

Matt has been selected as an artist diplomat of the US State Department to teach and perform in six countries and has been presented by Lincoln Center, Tchaikovsky Hall, and stages across the globe. As a filmmaker, Matt focuses on the stories of LGBTQ+ youth and families.  His current film and docu-series, Room To Grow, chronicles the lives of 12 LGBTQ+ teens and families. To learn more and help fund the series, visit: www.moreroomtogrow.org and www.mattalber.com. 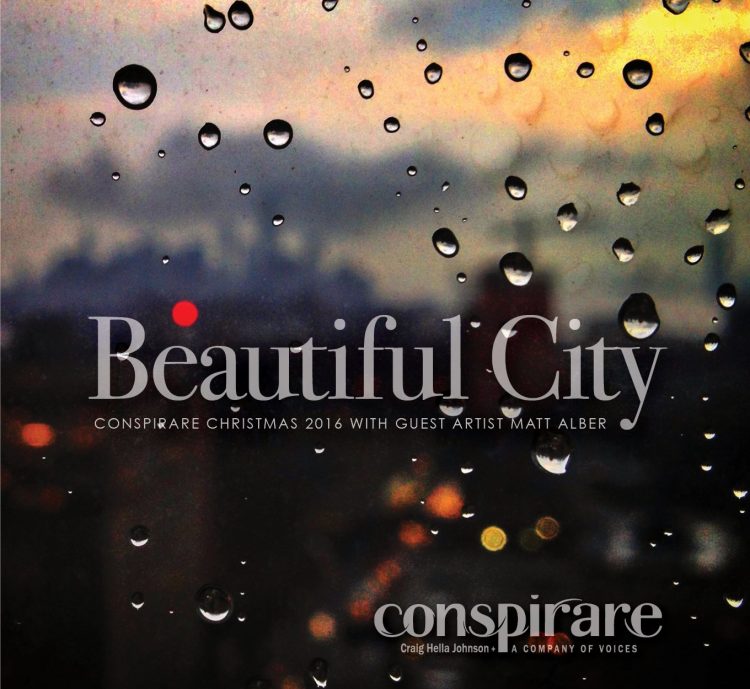 Recorded live December 2016 at The Carillon on Exposition, Austin, TX

Read more about Start From Here

In the tightknit musical community of Austin, Texas, it’s tough to get away with posturing.  You either bring it, or you don’t.

If you do, word gets around. Praises are sung. And one day, you find yourself duetting with Bonnie Raitt, or standing onstage with the Allman Brothers at New York’s Beacon Theater and trading verses with Susan Tedeschi. You might even wind up getting nominated for a Best Blues Album Grammy® three times in a row. And those nominations would be in addition to your seven Blues Music Awards, three Austin Music Awards, the Grand Prix du Disque award from the Académie Charles-Cros in France, and a Living Blues Critics’ Award for Female Blues Artist of the Year.

Ruthie’s latest record is Joy Comes Back, produced by Austin producer and former neighbor Daniel Barrett. Ruthie pours the heartache of family fracture and the cautious hope of a new love into the ten tracks, along with some help from Derek Trucks, Willie Weeks, Joe Vitale and Warren Hood.

There’s only one Austinite with that résumé: Ruthie Foster. 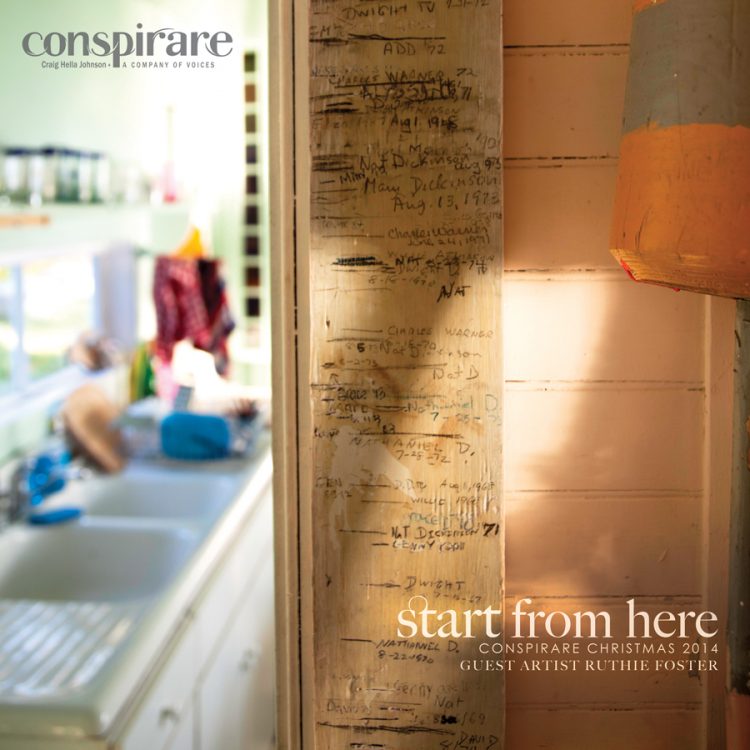 Recorded live December 2014 at The Carillon on Exposition, Austin, TX

Read more about One Voice

After earning a Bachelor’s of Music Studies degree from the University of Texas at Austin, Kathlene Ritch moved to New York City where she sang with such noted ensembles as New York Philharmonic, London Sinfonietta, and Vienna Philharmonic. In 2001, she made her solo debut at Lincoln Center with American Symphony Orchestra in Liszt’s Dante’s Inferno. With that same ensemble, she recorded a live concert version of Die aegyptische Helena as Hermione opposite Deborah Voigt’s Helen. In June of 2011, Kathlene settled in Santa Fe to be the accompanist for Santa Fe High School Choral Department and the Director of Royal School of Church Music at Church of the Holy Faith. She also has her business, The Red-Headed Chef, but still finds time to sing with ensembles around the country.

Applauded by the New York Times for his “elegant, mellifluous and expressive baritone,” Charles Wesley Evans is establishing a fine career as an early music artist, and recitalist. This Georgia-born singer began singing professionally as a chorister at The American Boychoir School in Princeton, New Jersey. With The American Boychoir, he toured both nationally and internationally, performing under the batons of notable conductors, John Williams, Zubin Mehta, James Levine, Kurt Masur, Vladimir Spivakov, and Lorin Maazel. His singing has won him awards from numerous organizations and vocal competitions including the National Association of Teachers of Singing, the Mobile Opera Auditions, the Orpheus Vocal Competition, the Atlanta Music Club Auditions, and the Georgia Young Artist Competition.

Charles’ singing has led to a variety of opportunities throughout the United States and abroad. Most recently he has performed various works with Princeton Pro Musica chorus and orchestra, the Delaware Valley Philharmonic Orchestra and chorus, the Dryden Ensemble, TENET, Berkshire Baroque, the Master Chorale of South Florida, and “Baroque Masterpieces” with the San Antonio Symphony Orchestra. He is also proud to be on the roster of the Grammy award-winning ensemble Conspirare and Grammy-nominated ensembles Seraphic Fire and the Trinity Choir of Trinity Church Wall Street. Charles has been broadcast on New York, South Florida, Texas, and Kansas public radio and he has recorded on the Naxos and Harmonia Mundi labels.

Charles holds a Bachelor of Arts in Music from Brewton-Parker College in Mt. Vernon, GA with further study at the Boston Conservatory of Music and Westminster Choir College of Rider University. He is currently Visiting Assistant Professor of Music at the University of South Florida in Tampa, Florida. 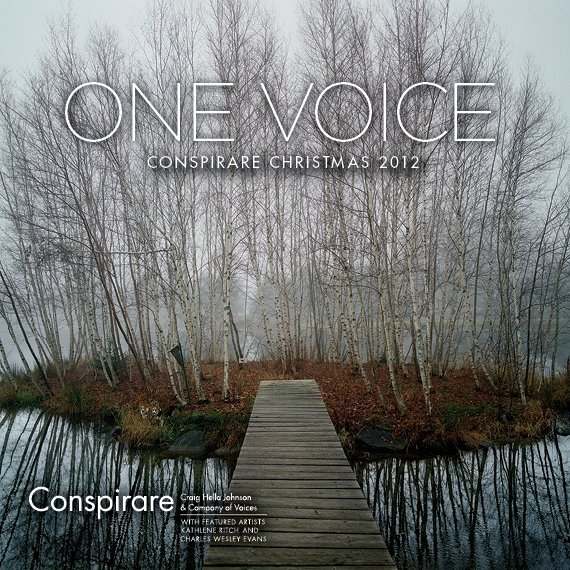 Recorded live December 8-9, 2012 at The Carillon on Exposition, Austin, TX

Referred to many as the “singer’s singer” and called “the most awesome voice in gospel music” by Billboard magazine, Cynthia Clawson has received a Grammy® and five Dove awards for her work as a songwriter, vocal artist, and musician. Her career has spanned over four decades with 22 recordings to her credit. She was three years old when her father first asked her to sing in the small church he pastored, and Cynthia has not stopped since – from local neighborhood churches to London’s Wembley Stadium. Though never considered a southern gospel singer by critics and fans, she has been honored to be a frequent guest on Bill and Gloria Gaither’s Homecoming Series. Cynthia has reached millions throughout the world with her music. A graduate of Howard Payne University with a major in vocal performance and a minor in piano, Cynthia was awarded an honorary degree of Doctor of Humane Letters from her alma mater in 2007. She holds the same honorary degree from Houston Baptist University in 1995. Her rendition of “Softly and Tenderly” set the evocative tone for the soundtrack of the Academy Award-winning movie The Trip to Bountiful. Included in her schedule, Cynthia has performed as a guest artist for Grammy-nominated Conspirare, a choral group recognized as the preeminent a cappella choral ensemble in the United States. She’s also performed with the Houston Chamber Choir as well as years of singing with church choirs around the world. Her talents bridge the arts of music, theater, and cabaret. Her eclectic style allows her artistry full expression. 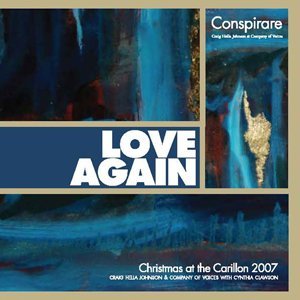 Recorded live December 2007 at The Carillon on Exposition, Austin, TX