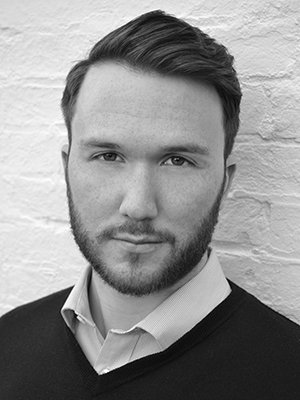 Since moving to Baltimore in 2016 from his hometown in Herndon, Virginia, Ross Tamaccio has enjoyed an emerging career as a solo and ensemble singer in the Maryland/DC area and throughout the country. He is a well-known soloist with Baltimore Choral Arts Society, Central Maryland Chorale, Bach in Baltimore, and Maryland Choral Society. As a sought-after professional chorister, Ross performs with Oregon Bach Festival Chorus, the Thirteen Choir, the Basilica of the National Shrine of the Immaculate Conception, Washington National Cathedral, Baltimore Concert Opera, and has performed with the City of Birmingham Symphony Orchestra, Baltimore Symphony Orchestra, National Symphony Orchestra, Handel and Haydn Society, and Tafelmusik Baroque Chorus and Orchestra.

Highlights from recent seasons include the world premiere of Peter Latona’s The Saint’s Triumphant with the National Shrine Choir, the east coast premiere of Jake Heggie’s Out of Darkness, Mahler’s Symphony Number Eight, with City of Birmingham Symphony Orchestra, Durufle’s Requiem with The Thirteen Choir, Brahms’ Requiem with Maryland Choral Society, and Handel’s Messiah with the Central Maryland Chorale. Upcoming projects include performances with the Grammy-nominated True Concord Voices and Orchestra, Bach Akademie Charlotte, and Santa Fe Desert Chorale. He can be found on all social media platforms @rktamaccio