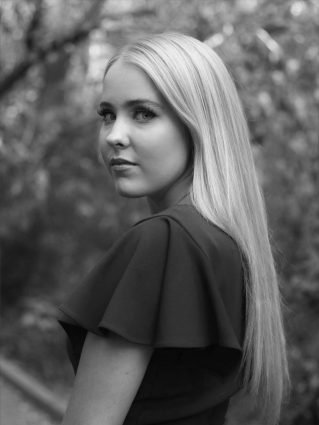 Soprano Savannah Porter, a native of Fort Worth, Texas and current resident of Provo, Utah, will receive the Bachelor of Music degree in vocal performance from Brigham Young University in 2022. Recent appearances with BYU Opera Theater include the title role in Handel’s Theodora, Pamina in Mozart’s Die Zauberflöte, Adele in J. Strauss’ Die Fledermaus, and Zémire in BYU’s production of André Grétry’s Zémire et Azor. She has been singing in the award-winning BYU Singers since 2016, and with Utah’s early music ensemble Sound of Ages since 2017; and has performed with both ensembles in national conferences of the American Choral Directors Association. Savannah was the Utah District winner of the 2019 Metropolitan Opera National Council Award Competition, and later received the Encouragement Award from the Denver Region. Recent accolades at BYU include winner of the 2020 Concerto Competition as well as the 2021 Young Artist Competition, where she was named “Singer of the Year.” Savannah appeared in March of 2021 as a member of the professional chorus for the concert film version of Rob Gardner’s Lamb of God, and this past April she performed in the chorus of three live performances of the work with the original film cast.