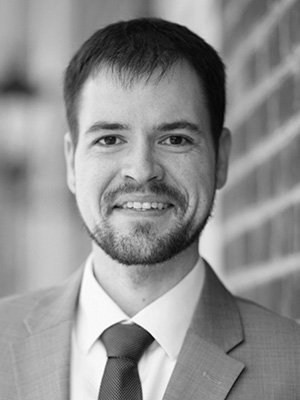 Pennsylvania native and current Brownsville, Texas resident Sean Taylor is Assistant Professor of Voice and Director of Choral Studies at the University of Texas Rio Grande Valley, where he conducts the Master Chorale and Chamber Singers and teaches applied voice, conducting, and choral literature. Previously he was on the faculties of Washington & Jefferson College in Pennsylvania, Central State University in Ohio and taught public school in Eastern Ohio.

Sean holds a Doctor of Musical Arts in Choral Conducting from the University of Cincinnati, College-Conservatory of Music, a Master of Music in Conducting from Carnegie Mellon University, where he was assistant conductor to Grammy winner Robert Page, and a Bachelor of Music in Music Education from Westminster College (PA). His primary area of research is Latin diction; he is a diction specialist with SingersBabel (www.singersbabel.com), for which he authors phonetic guides and recordings of Latin texts.

Sean is Artistic Director of Alium Spiritum, a vocal quartet based in South Texas and sings with Cincinnati’s Vocal Arts Ensemble, Oregon Bach Festival, the Taylor Festival Choir of Charleston, the Dallas Choral Festival Festival, and Bershire Choral International, for which he has served as summer faculty and soloist for 10 years. He is a former member of the Cincinnati Opera Chorus, May Festival Chorus, Mendelssohn Choir of Pittsburgh and the Pittsburgh Opera Chorus. He has served on the music staffs of Knox Presbyterian Church in Cincinnati and Third Presbyterian Church in Pittsburgh.

Since 2016, Sean has served as music director and conductor of a choral/orchestral concert series in Brownsville made possible by a grant from the NEA. He has guest conducted festivals in Texas and Pennsylvania and presented his work using technology in choral rehearsals at state conferences in Texas, Ohio, and New York. Sean balances his scholarly and artistic work with video games, Batman movies, and preparing for Shark Week.