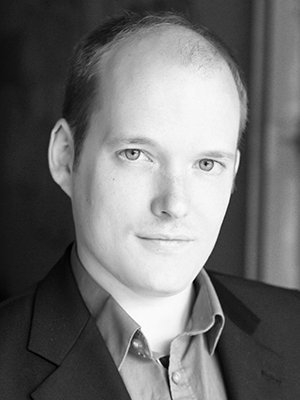 In the concert world, Zach is known for his “refined” and “elegant” (Vancouver Observer) interpretation of the works of Bach, Mozart and Handel, among others. In the spring of 2018, Zach stepped in on an afternoon’s notice for the soloist in Carmina Burana with the Seattle Symphony; in the summer, the Seattle-based tenor was heard in such works as Handel’s Samson, Israel in Egypt and Alexander’s Feast from Maryland to Ontario. Of special interest was his appearance in Guadalajara in the staged premiere of Comala by Zohn-Muldoon for tenor, mezzo-soprano and chamber orchestra with re-engagement at the University of Notre Dame in March 2019.  Highlights of the coming season include Messiahs for the Portland Chamber Orchestra and Byrd Ensemble, Haydn’s Die Schöpfung for the Florida Orchestra, Elijah for the Grand River Chorus and Bach’s Johannespassion for Calgary’s Luminous Voices.

During the 2017-2018 season, he was heard in Messiah for the Calgary Philharmonic, Regina Symphony and the Florida Orchestra in Tampa and for the Elora Festival, he was featured in Magnificats by J.S. Bach and his son, C.P.E Bach. Advent Cantatas, Matthäus Passion and Johannespassion were the Bach works on his schedule for Pacific Music Works, Chorus Niagara and the McGill Chamber Orchestra.

Hailed by Anthony Tommasini of the New York Times as a “compelling tenor,” he made his New York City Opera debut as Mambre in Rossini’s Mosè in Egitto. Young Finkelstein has sung the role of Damon “with sensitivity and grace” (Boston Classical Review) in Acis and Galatea, performances conducted by Nicholas McGegan leading Philharmonia Baroque in Berkeley, CA as well as with the Handel and Haydn Society in Boston, MA. He made his haute-contre debut as Orphee in back-to-back productions of Gluck’s Orphee et Eurydice with Brava! Opera Theatre (English) and Opera Grand Rapids (French).

Mr. Finkelstein is also an evangelist for new and contemporary classical works, an oeuvre he discovered as a two-time Vocal Fellow at the Tanglewood Music Festival. In New York City, he premiered a new work, Threshold, for tenor and orchestra with the Argento Ensemble, a piece created specifically for him by Prix-de-Rome-winning composer Jesse Jones. The New York Times’ James Oestrich commended this “excellent” performance: “Zach Finkelstein negotiated Mr. Jones’s high tenor flights with aplomb”. He also presented the American premiere of Harrison Birtwistle’s Songs from the same earth with pianist Mike Brofman at the Brooklyn Art Song Society and toured new music with BASS in 2017-2018 in Seattle, California and New York. This coming Spring, Zach will record the world premiere of John Liberatore’s Hold Back Thy Hours for tenor and orchestra with the Zohn Collective on Albany Records.

In the last two years, Zach Finkelstein has branched out into the North American vocal chamber music scene, with appearances at the Carmel Bach Festival (2016 Virginia Best Adams Fellow), the Oregon Bach Festival (2018) and on the roster of Conspirare, Calgary’s Luminous Voices and the South Dakota Chorale. In the 2018-2019 season, Zach joins Conspirare’s Grammy-nominated production of Considering Matthew Shepard in an 8-city cross-country tour.

Mr. Finkelstein is currently with Dean Artists Management and holds an Artist Diploma (Voice) from the Royal Conservatory of Music’s Glenn Gould School in Toronto and a Bachelor of Arts (Honors) in Political Science from McGill University.