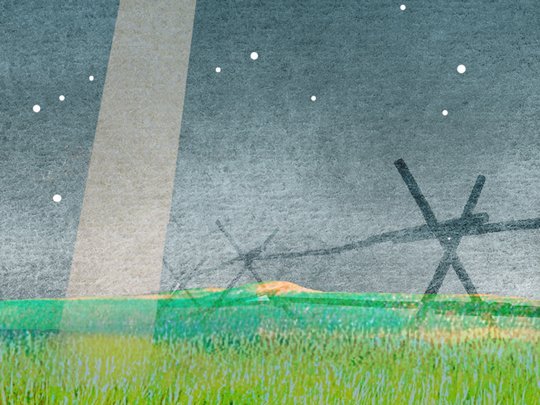 “Matt Shepard and his story have led me on an inspiring, challenging and deeply meaningful journey that I continue to this day. In composing Considering Matthew Shepard  I wanted to create, within a musical framework, a space for reflection, consideration and unity around his life and legacy.”

In October of 1998, Matthew Shepard, a young, gay student at the University of Wyoming in Laramie was kidnapped, severely beaten, tied to a fence and left to die in a lonely field under a blanket of stars. Five days later, when Matt passed away, the world was watching. Approaching the eve of the 20th anniversary, Craig Hella Johnson has responded with his first concert-length work, Considering Matthew Shepard.

Led from the piano by Johnson, Considering Matthew Shepard showcases the award-winning artistry of Conspirare’s singers with a chamber ensemble of renowned instrumentalists. This three-part fusion oratorio speaks with a fresh and bold voice, incorporating a variety of musical styles seamlessly woven into a unified whole. Johnson sets a wide range of poetic and soulful texts by poets including Hildegard of Bingen, Lesléa Newman, Michael Dennis Browne, and Rumi. Passages from Matt’s personal journal, interviews and writings from his parents Judy and Dennis Shepard, newspaper reports and additional texts by Johnson and Browne are poignantly appointed throughout the work.

Considering Matthew Shepard debuted at #4 on Billboard’s Traditional Classical Chart after Harmonia Mundi released the 2-CD Set recording in mid-September, 2016. Album page  Audiences describe this work as “brilliant,” “powerful,” “innovative,” “dazzling,” and “gripping.” The Bay Area Reporter wrote “it has the richness, depth and complexity to compel repeated hearing, and the power to get you the first time out,” and from the The Washington Post: “’Considering Matthew Shepard’” demonstrates music’s capacity to encompass, transform and transcend tragedy. Powerfully cathartic, it leads us from horror and grief to a higher understanding of the human condition, enabling us to endure.”

Make sure to register your performance so we can include it on this listing.

Craig Hella Johnson conducts the University of Southern California Thornton Chamber Singers in a special performance for the university community.

Command Encore Performance in the Pavilion in Chicago, IL, presented by The Ravinia Festival
Official Site

Performance at the Martin Theatre in Chicago, IL, presented by The Ravinia Festival

Performance at the Lied Center for Performing Arts, Nebraska
In partnership with Abendmusik

Semi-staged world premiere performances in Austin, TX, at WACDA Conference in Pasadena, CA, and at  First Congregational Church of Los Angeles. Recording session in Goshen, IN for Harmonia Mundi.

Conspirare wishes to thank our supporters who have given $500 or more to support the production of Considering Matthew Shepard. 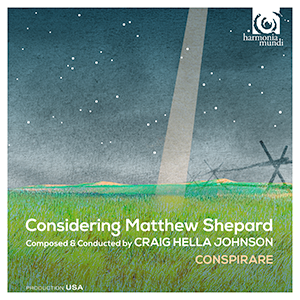 Click here to buy or listen to Considering Matthew Shepard 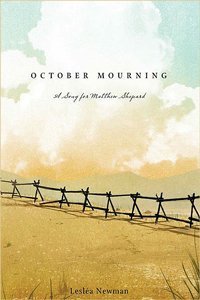 “This performance stabbed me with the beauties of healing, love, and unified creation. This work lifts us to deal with imponderables and reminds us that human potentiality is the least understood and most squandered resource on earth. Too often we attach value to things man does, but not what man is.  We have national anthems, but no anthems for humanity. Man’s achievements and power are heralded, but the preciousness of life is unsung. No longer… thanks to the artistry of Craig Hella Johnson and Conspirare.”

“This work is a prism for refracting deep meaning and truth. It celebrates the noblest faculties of human life – the ability to share sorrow, create hope, and embrace human oneness and act upon it.”

“Thank you for digging so, so deep and sharing it with us. It awakened our most tender, troubled and hopeful places.  Great art does that – holds the paradox, makes it visible – but it takes courage and determination to stay there until it’s rooted in our bones.  I can tell it is part of you forever, now transformed, and I’m thankful that it is now part of me, as well.”

“The show was a study in the human condition, our dark side and the light.”

“Words and music have conveyed the agony of an innocent boy enduring the irrational hatred of those who tortured and killed him. It is the most outstanding Conspirare concert I have experienced – and I have been to almost all. Thank you and I hope the whole world experiences this incredible work of art.”

“I felt the pew shaking and realized it was my husband next to me trying to suppress his sobs. Wow!”